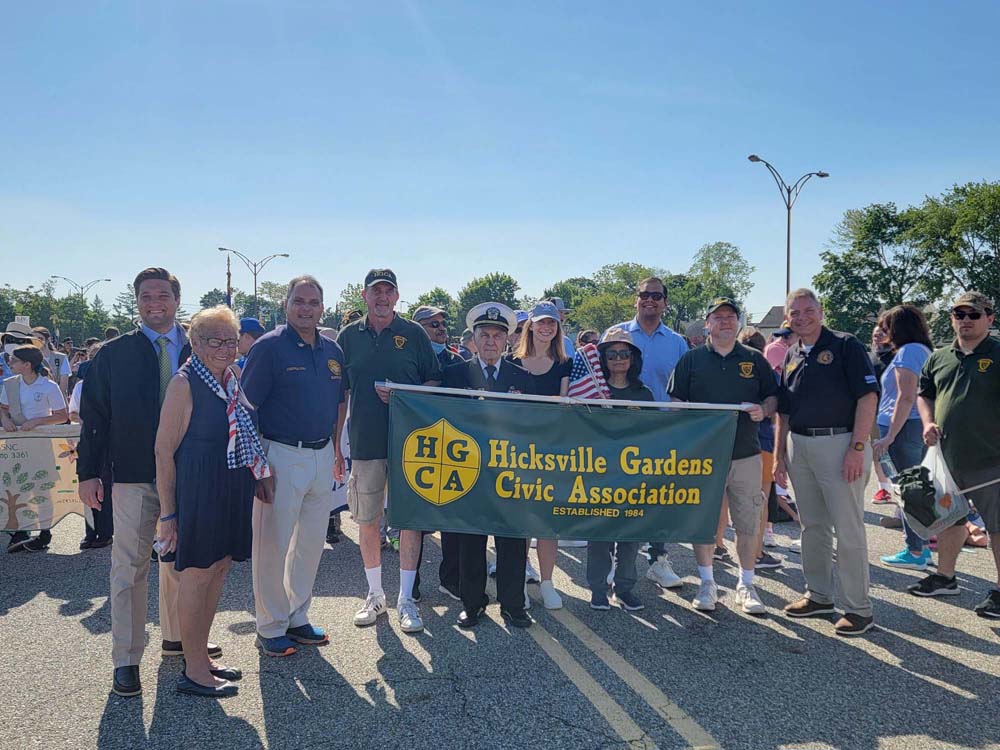 Members of the Hicksivlle Gardens Civic Association with local officials at the Memorial Day Parade and Ceremony. 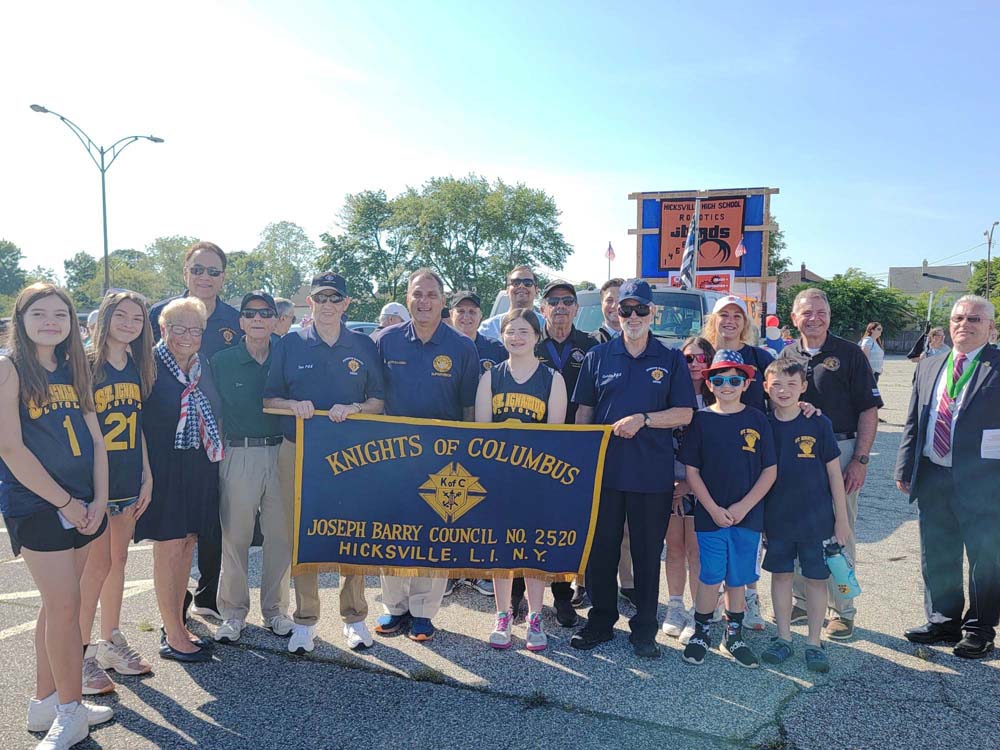 The Knights of Columbus marched, along with local officials, in the Memorial Day Parade.